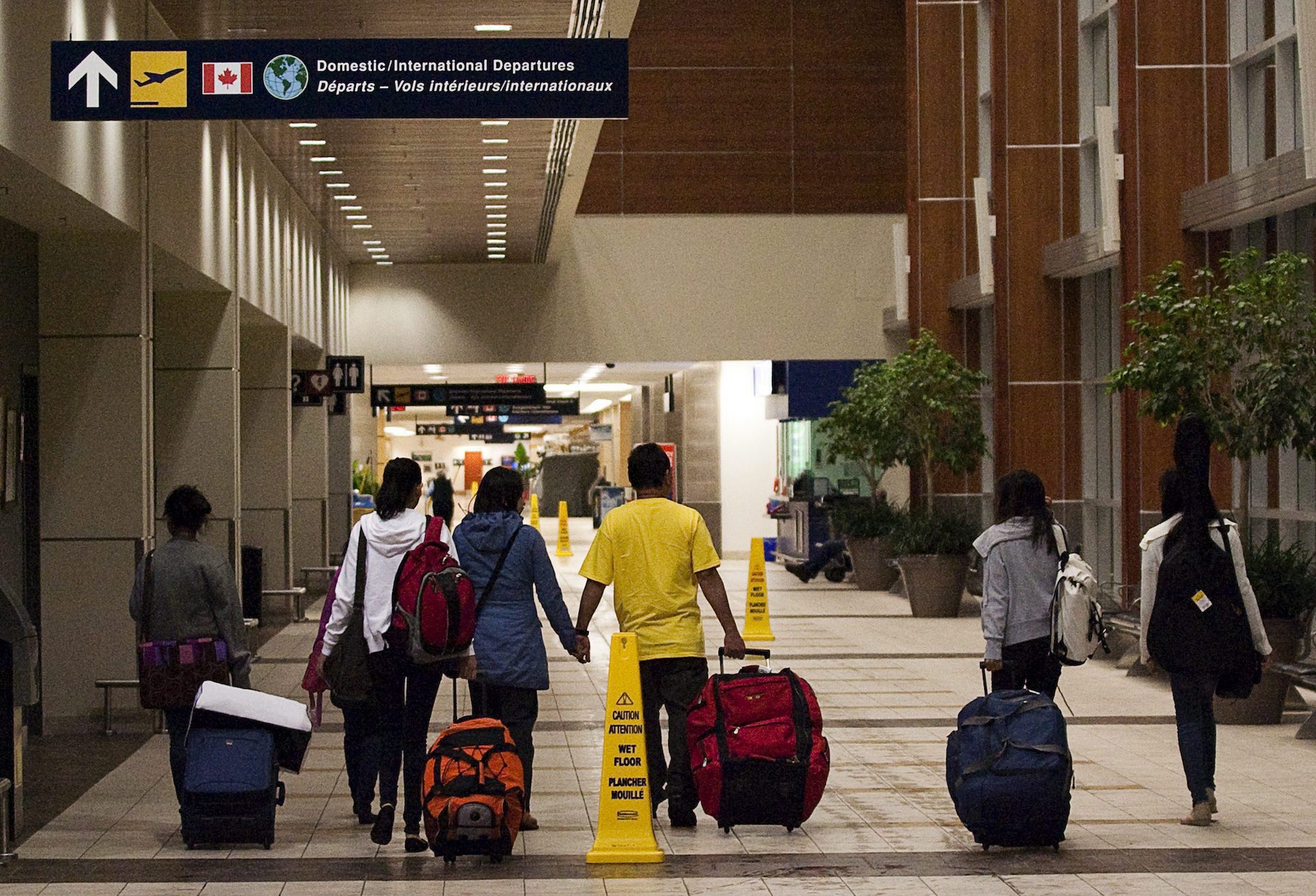 The question is not whether international students are needed, but rather if they are valued. (THE CANADIAN PRESS/Andrew Vaughan).

The number of international students in Canada has steadily increased over the last decade, contributing approximately $22 billion to the Canadian economy, and an estimated $5.1 billion in annual revenues to Canadian universities.

Pegged by the federal government as a key source of talent for the growth and sustenance of the Canadian economy, international students are sought to relieve our national demographic imbalance created by an aging population and declining birth rates.

The question, however, is not whether international students are needed, but rather if they are valued.

The federal government’s immigration policy efforts tend to be primarily driven by economic factors — while falling short on supporting and retaining these new students.

These challenges range from food insecurity and mental health to racism and marginalization — some of which have been drastically exacerbated during the pandemic.

An Oct. 7 announcement from Immigration, Refugees and Citizenship Canada (IRCC) about extending temporary pandemic measures allowing international students to study online from abroad while remaining eligible for a post-graduation work permit was made in favour of international students. However, this is, at best, a short-term strategy.

IRCC also said it will redirect resources to manage the backlog of study permit applications.

These strategies were only administered after months of consistent outreach by national associations and communities advocating on behalf of international students.

Similarly, IRCC’s recent decision to temporarily lift the limit on off-campus work hours may help ease some of the financial constraints for international students.

However, these students will still require additional work permits for co-op terms and internships that are part of their academic programs.

One of the main reasons Canada is chosen as a destination of study is its reputation as a safe and tolerant society.

However, research suggests that experiences of racism and discrimination are not uncommon for international students.

A recent survey by the Canadian Bureau for International Education reported increased instances of discrimination and racism experienced by international students, particularly those who identified as Black.

Their experiences are similar after graduation. Research has indicated that international graduates in Canada are typically offered low-skilled forms of employment.

After graduation, international students continue to earn less than their domestic counterparts.

In some areas, they’re used as cheap contingent workers.

Employers are approximately 40 per cent more likely to interview job applicants with an English-sounding name, reducing the likelihood of international applicants to be shortlisted for jobs they qualify for.

A study examining housing challenges faced by university students in Toronto found that students, especially those without financial support from their families, tend to work extra hours and take on multiple jobs to be able to afford rent.

Researchers have also highlighted how the pandemic exposed the vulnerability of international students, creating psychological stress and anxiety.

The limited options for affordable accommodation and students’ inability to meet the requirements of producing references and credit scores makes them even more vulnerable to housing scams.

Given the current low vacancy rates in the housing market, the situation is not likely to get better post-pandemic as international students arrive in Canada for in-person classes.

Despite having a multi-year international education strategy, studies show that our new international students and graduates continue to struggle with social and professional barriers. These barriers create an environment for them that is not as welcoming as Canada purports it to be.

An overemphasis on economic growth has led to the creation of a system that identifies international students as “ideal immigrants” but doesn’t do enough to support their settlement.

As Canada ramps up efforts to increase international student enrolment by offering them additional pathways to residency, there is an urgent need to improve support and retention strategies if we expect students to contribute to our sustained growth and post-pandemic recovery.

As a developed nation standing up for principles of equity, diversity and inclusion, we need to do better.

The federal government’s latest immigration level plan aims to welcome up to 500,000 immigrants per year to the country by 2025, signalling the need to invest significant resources to ensure that these new immigrants are supported when they arrive.

From government entities that control their immigration status, businesses that employ them and members of the communities to which these students and graduates belong, both policy-makers and people at the local level have significant roles to play in shaping the lives of international students who study in Canada and aim to build a life here.