Low-Skilled Immigration Is Needed To Overcome The Western Worker Crunch 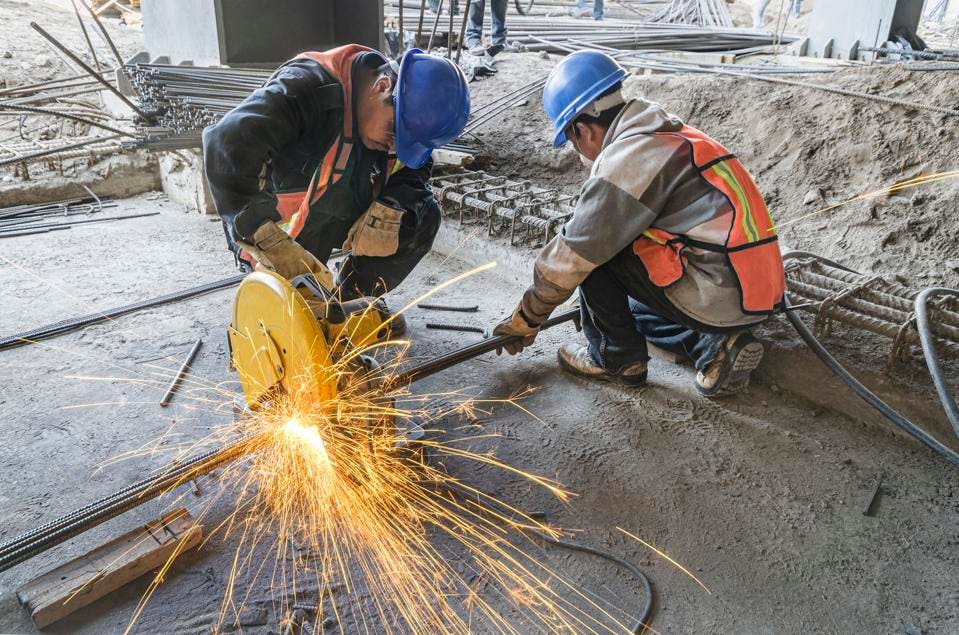 In modern times, migration has seldom been anything if not a contentious issue, with political discourse reflecting often conflicting values on the topic. Indeed, it has often been left to religious groups, local authorities, and civil society organizations to adopt a more liberal attitude, with politicians squabbling to appear tougher than each other.

Research from the University of Innsbruck highlights the moral nature of many of these debates, with often harsh regulations introduced by policymakers met by public protest, especially when concerning asylum seekers and refugees.

While politicians increasingly like to adopt a hard line against immigration, the reality is that most developed countries are in dire need of it. In Germany, for instance, data from the government's Institute for Employment Research recently revealed that there are 1.93 million vacancies in the country, which represents a growth of 66% from the year before.

Meanwhile, the ifo think tank recently revealed that nearly half of German companies are currently unable to find the skilled workers they need. This shortfall is in large part driven by demographic factors, with the baby boomer generation entering retirement contributing to an estimated shrinkage of the workforce by around 15 million people by 2060.

This is despite the country being part of a European Union that still allows the free movement of people between the 27 member states. While the current government is debating the introduction of a Canadian-style points system to encourage more immigration, the various proposals are still at the discussion stage. It's also highly doubtful that such tinkering at the edges will produce the results the country needs.

Of course, this isn't just a problem in larger countries, such as Germany. Similarly bleak projections are made regarding the population of countries such as Finland. For instance, a recent population analysis undertaken by the Consultancy for Regional Development (MDI) predicted that the working age population will significantly fall across the country in the coming decades, with this risk particularly great in small towns.

It was a conclusion that garnered support from Tuula Haatainen, the Finnish Minister of Employment, who argued that it underlined the importance of immigration to ensure that services can be safeguarded and businesses thrive.

"In many ways, as a society, we need to change and correct attitudes. We must be able to see these people as coming here, not as people to be exploited, but as people who are part of society," Haatainen explained.

The government, as with other governments, has made the case for "controlled" immigration. This typically provides a relaxed path for so-called "high-skilled" migrants, and a tough path for anyone outside of this criteria.

Research from Sweden's Linnaeus University helps to explain this, as it highlights a growing negative sentiment towards immigration. As with a second Japanese study, when sentiment was more positive towards immigrants, it was generally towards highly skilled ones, who are deemed as filling gaps in domestic supply.

This bias towards high-skilled immigrants is demonstrated by the "labor availability test", which says that people from outside the EU can only come to Finland to work if no one from either the Finnish or European labor market can fill the role. It's also evident in programs such as 90-day Finns, which aims to smooth the path of a hand-picked number of highly skilled individuals to enter the country and sprinkle their star dust on the economy.

This may not be helping close the skills shortages seen in the economy. Analysis across the OECD shows that while around half of current vacancies are indeed for the kind of skilled labor that most country's immigration system aims to encourage, the remaining half are for medium- to low-skilled labor that most actively prohibit.

These medium- to low-skilled workers seldom have supporters, however, and it's incredibly rare for immigration systems to be welcoming towards them. Indeed, while Dr. Ugur Sahin was lauded as an immigrant who helped to develop the Covid vaccine, as a car factory worker, his father would have received far fewer laurels.

Research from the University of Bristol highlights how the pandemic prompted something of a rethink of just what "low-skilled" actually means. Indeed, many roles that would previously have fallen into this camp, such as fruit pickers, refuge collectors, and delivery drivers were given a temporary moment in the spotlight as their role as essential workers were so ably demonstrated.

The crucial role these people played in keeping society functioning during the pandemic has been quickly forgotten, however, and modern migration debates have returned to their traditional "high-skilled bias" again.

Such an attitude is not only elitist, but also illogical. After all, research from the IMF shows that low-skilled immigration raises labor productivity and GDP per capita, with these gains typically shared across the population.

Similar mechanisms apply to lower-skilled immigrants, especially as they often appear to complement the skills of native workers, helping to push less-educated natives up the value chain into better-paid work.

Immigration should be considered in similar terms to the debate around free trade, with immigration boosting society via the specialization that provides the comparative advantage. In other words, low-income immigrants specialize in manual-intensive jobs, which in turn allows natives to pursue more communication-based jobs, with each operating according to their comparative advantage.

It's the role of the government to strengthen the social safety net and help individuals and communities to adapt to any changes they face. This could be done by bolstering the welfare system or empowering unions. That these measures would also help to address the income inequality that is growing across much of the developed world should alert us to where action should really be applied.

The plight of "left behind" communities has been thrust into the limelight in recent years, but all evidence suggests that the low-skilled continue to be looked down upon and seen as less valuable to society than their highly-skilled peers. It's important that the lessons of the pandemic aren't forgotten and we remember the key roles all members of society play.