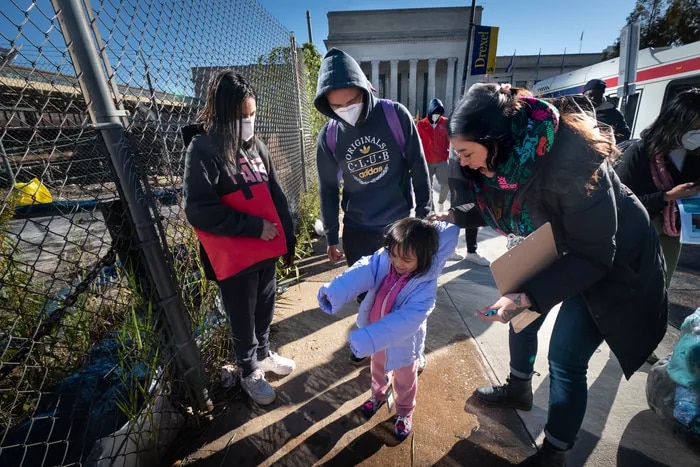 A second bus carrying immigrants from Texas arrived in Philadelphia on Monday morning, a twice-in-six-days sequel that propelled the city to offer fresh welcome to more weary, uncertain travelers from the border.

Immigration advocates said the bus with 46 Spanish-speaking passengers was sent here by Gov. Greg Abbott. The bus landed outside 30th Street Station in freezing temperatures, welcomed by more than 20 immigrant leaders, city officials, and volunteers, some of whom had waited hours to help provide a greeting.

They immediately handed out blankets and, to a toddler, a puffy winter coat. 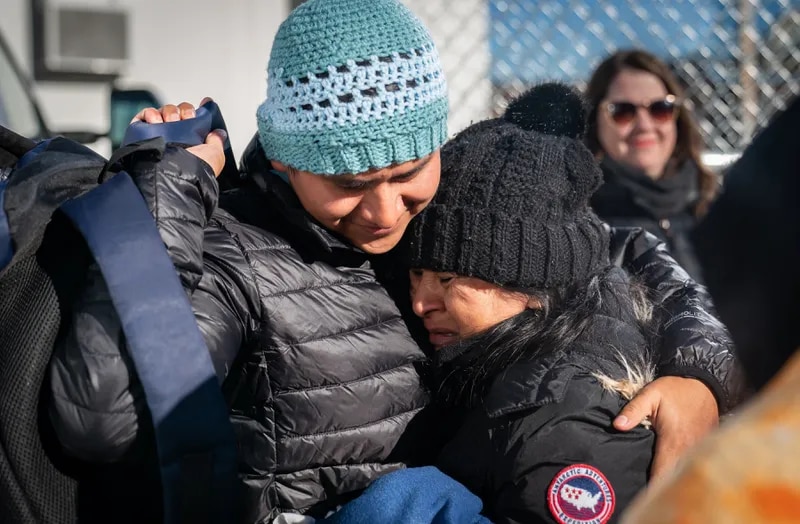 Most of the arrivals on Monday were men. All aboard had crossed the border into Texas, and all have permission to be in the United States, at least for now. The travelers originally came from Nicaragua, Cuba, Ecuador, Peru, Panama, and the Dominican Republic.

Twenty-nine riders were quickly transferred to a waiting SEPTA bus, to be moved to a city welcome center in North Philadelphia. There they would be offered additional drinks, food, medical screenings, legal services, and temporary shelter.

Passengers Mayra and Kevin Arvoledo described a harrowing two-month journey from Ecuador. Some others making similar treks died along the way, they said

The couple and their 3-year-old daughter, Sofia, are headed to Connecticut to be with family. As volunteers zipped Sofia into a warm jacket, Kevin described being overwhelmed by the kindness he’s been shown in Philadelphia.

”All these organizations have really made us feel welcome,” he said in Spanish, as his family waited for relatives to pick them up.

Kevin Torres, with Casa de Venezuela, said those on the bus were in good spirits and had no emergency medical needs. One man reported having a broken leg, but wanted to go to the welcome center before seeking medical help.

”He’s just thankful,” said Torres. “He just wanted a blanket and a cup of coffee.”

This bus, like the first, departed from Del Rio, Texas, a small border city 150 miles west of San Antonio.

The first arrived on Wednesday, sent here by Abbott in what he said was an effort to bring “much-needed relief” to Texas’ border communities — and which Mayor Jim Kenney called a despicable political stunt, one that used immigrant families as pawns to push a “warped political agenda.”

Abbott announced that he had added Philadelphia to his target list of destinations.

City officials said those aboard the second bus were seeking asylum — a legal means of staying in the United States for people who may be persecuted in their homelands. Passengers told volunteers at the welcome center that in Texas they had been offered free bus rides to Philadelphia and other cities.

“We proudly welcomed and successfully assisted asylum seekers last week and we continue to do so,” Kenney said Monday. “These individuals are looking for a brighter and more hopeful life in America and so it is our obligation and moral duty to welcome them.”

Immigrant leaders and Philadelphia officials reiterated on Monday that they were preparing for more buses from Texas, without knowing when they might arrive or how many people they might carry.

Amy Eusebio, executive director of the city Office of Immigrant Affairs, said officials were involved in short-term and long-term planning for more arrivals. The city expects to seek financial assistance to support the effort from the state and federal governments, though it wasn’t immediately clear what money might be available.

Since the summer, the Office of Immigrant Affairs and the Office of Emergency Management have been preparing for the potential arrival of migrants on unscheduled, unanticipated bus routes from Southern states. Those agencies met regularly with 15 local community-based organizations, including Juntos, HIAS Pennsylvania, the Pennsylvania Immigration and Citizenship Coalition, and Nationalities Service Center. 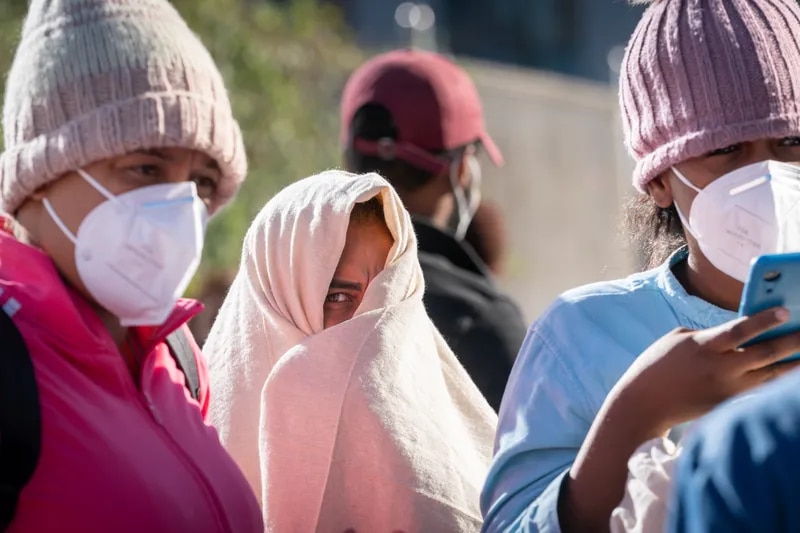 People stand together after arriving at 30th Street Station in Philadelphia on a bus sent by Texas Gov. Abbott on Monday. (Jessica Griffin / Staff Photographer)

At the welcome center on Monday, volunteers greeted the new arrivals with familiar foods, including arepas and empanadas, and helped them connect with family and legal resources. Most did not plan to stay in Philadelphia, but to move on to join family members in other states.

Immigrant leaders wondered if the arrival of two buses in quick succession meant that more would be coming this week.

by Jeff Gammage and Ximena Conde

The Philadelphia Inquirer
All News